From biological cultivation with love 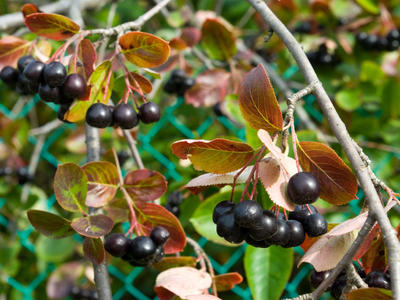 (NaturalNews) Researchers from the Department of Natural Sciences at Middlesex University in the U.K. have made a fascinating discovery concerning two natural “superfood” compounds and their ability to kill cancer cells. It turns out that both chokeberry extract (Aronia melanocarpa) and turmeric (Curcuma longa) work together with one another to stop the spread of malignant cancer cells, as well as induce cancer cell death, a process more commonly known as apoptosis.

The study, which was published in the journal Oncology Reports, evaluated the effects of both Aronia and curcumin on a specific glioblastoma line of brain cancer cells known as U373. Because earlier studies have already established that both herbs possess unique anticancer properties, the researchers, who themselves have been studying the herbs’ therapeutic benefits for several years, decided to examine further how one of the most common and deadly forms of brain cancer might respond to these two anticancer superfoods.

It turns out that Aronia berry, which is rich in anthocyanin flavonoids and other antioxidants and nutrients, is necrotic to the U373 cancer cell line, which means it actually kills cancer cells. And turmeric, which is abundant in the anticancer polyphenol curcumin, effectively induces apoptosis in U373, meaning that it stops this deadly cell line from producing new cells and spreading. When used together, both Aronia and turmeric appear to elicit a one-two punch defense against brain cancer.

“The aim of this study was to extend our previous research to evaluate the therapeutic potential of these two agents by testing their ability to induce apoptosis in an established glioblastoma cell line (U373),” wrote the authors in their abstract. “Taken together, the comparative data suggest that both curcumin and chokeberry extract may exhibit their anticancer potential by inducing apoptosis and inhibiting invasion by reducing MMPs (matrix metalloproteinase) gene expression.”

According to a 2003 study published in the journal Anticancer Research, curcumin also suppresses the proliferation of many other types of cancer cells besides just brain cancer cells, and effectively blocks cancer tumors from forming, reproducing, and metastasizing. The Life Extension Foundation (LEF) recommends the highly-bioavailable BCM-95 variety of curcumin as the most effective form.

Likewise, Aronia berry has been shown in previous studies to be one of the richest plant sources of cancer-fighting antioxidants. A study published earlier this year in the journal PLoS One explains how Aronia juice extract possesses unique chemotherapeutic properties that effectively target lymphoblast-derived tumor cells associated with lymphoblastic leukemia.

Sources for this article